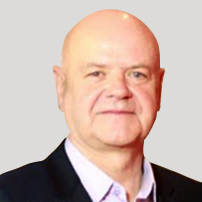 Yves Gougoux is the Chairman of Publicis Canada. With over 400 employees and offices in Montreal, Toronto, Windsor and Calgary, Yves is responsible for managing one of the leading agencies in Canada.

Yves began his career in client services at Allard Le Siege, a creative agency, before moving on to Ronalds-Reynolds (now known as FCB), where he climbed the executive ladder, becoming Vice-President of Client Services.

In 1979, Yves joined Vickers & Benson, where he became president of the Montreal office, and later CEO of the Canadian operations. He left V&B to become a partner at BCP in 1984, and then sole owner in 1989. Under his stewardship, BCP grew from a Quebec-based agency to a national, and later international, agency. Yves is presently chairman of BCP. In 1996, Yves was named the President of Publicis Conseil, the Paris, France agency of Publicis Worldwide. He served for two years before returning to Canada in 2000 where he became a member of Publicis Worldwide’s COMEX. He is currently Member of the Board of the MIRA Foundation financing campaign.