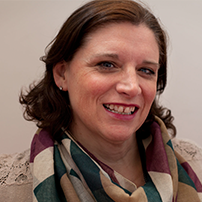 Lindsey began her career in advertising at Doner Canada before moving to Young & Rubicam for 6 years. During her time at Y&R, Lindsey spent 3 years in the Y&R Frankfurt, Germany office. In Germany, she was Team Leader, of the Ford Group, managing the day-to-day operations of a 40-person agency team.

Lindsey returned to Canada and joined the Publicis Canada team in July 1999. As Office Manager, her role included Office Management and Human Resources. At that time, the Toronto office counted 45 brave souls. Between 1999 and January 2001, the Toronto office more than tripled in size, gaining industry awareness while at the same time developing a core team of fully integrated communications individuals. In December 2000, Publicis Toronto was awarded Marketing Magazine's agency of the year. Today, as Director of Human Resources and Administration, Lindsey’s mandate covers all Toronto divisions of Publicis Canada from Mass to Digital, Branding to Sponsorship and all areas in between including the satellite office in Windsor. The Toronto office currently numbers in excess of 300 employees.

Lindsey has a BA from York University in Toronto and is a member of the Canadian Human Resources Professionals Association (CHRPA). As an active volunteer Lindsey has committed time and energy to The United Way of Greater Toronto, The Hospital for Sick Children, Out of the Cold and has sat on the Board of Directors of Camp Couchiching.